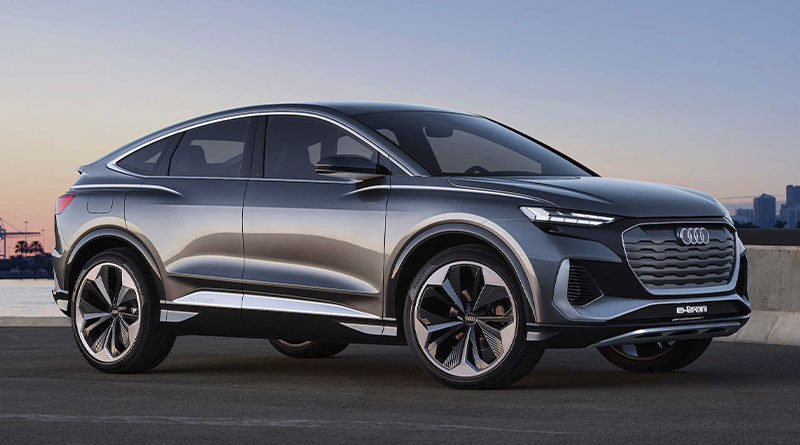 Both Audi Q4 e-tron are due to go on sale this summer.

Almost a year has passed between the presentations of the Audi Q4 e-tron and Audi Q4 e-tron Sportback concepts, but the production versions of both models will be shown at the same time. And now we know the date and time of this double premiere – April 14, 20:00 +3GMT: the manufacturer has distributed a corresponding announcement teaser in social networks.

The Q4 e-tron family will share the MEB platform with other German electric vehicles, including the Volkswagen ID.4 and Skoda Enyaq iV crossovers. This means that you can expect a twin-engine all-wheel drive with a capacity of 306 hp and a battery with a capacity of 77kWh, supporting 125kWh charging and allowing you to drive about 450 kilometers (WLTP cycle). If you focus on show cars, acceleration to hundreds, regardless of the body, will take 6.3 seconds, and the maximum speed will be 180 km/h.

About a month ago, Audi already spoke in great detail about the Q4 e-tron cabin. It will receive different trim options – both with leatherette and genuine leather, nine packages of decor and equipment, a 10.1-inch MMI multimedia touchscreen, instead of which, towards the end of the year, you can order an 11.6-inch (the largest in the brand), several steering wheel options with touch controls, sports front seats. At the same time, there will be two main execution levels – basic and S line.

Among the fundamental innovations are an augmented reality system with a projection display that is visually perceived as a 70-inch monitor, as well as a voice assistant that understands natural language. As previously reported, both the Audi Q4 e-tron and the Q4 e-tron Sportback are expected to arrive on the European market this summer.