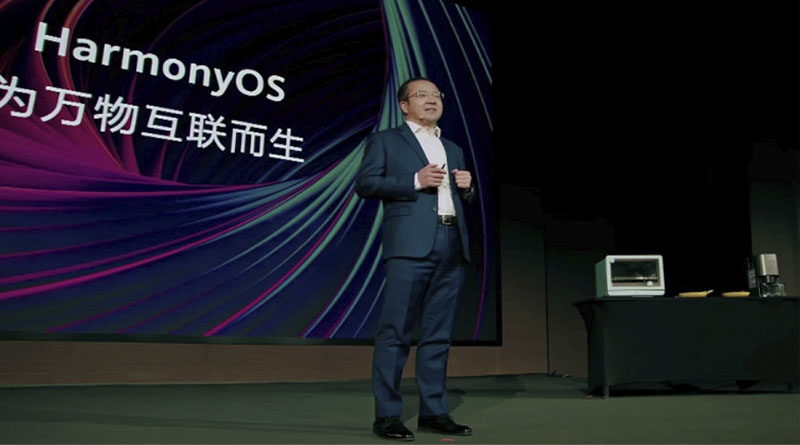 Four real-life scenarios of wireless interaction with other smartphones, home appliances and televisions

At the annual conference, Huawei’s Consumer Software President Wang Chenglu gave a live demonstration of one of the main benefits of the Android proprietary replacement, Harmony OS 2.0.

In early January 2021, Wang Chenglu revealed the main differences between Harmony OS, iOS, and Android. And then he named the ecosystem of interacting devices as one of the three main advantages of the platform and advantages over Android and iOS.

At the conference, the top manager showed four “real-life scenarios” how it would work. Just by touching the NFC tag of a smart home appliance, such as a smart oven, the user will immediately get all the controls on the smartphone and access to recipes.

The second example is online shopping. If the user opens the app with the JD store and touches another smartphone, the same product card and store interface will appear on the second smartphone. The main feature is that the second user does not need to install the JD app on their smartphone.

The third example is connecting a smartphone to a TV and transmitting content. When the devices are connected to the same network, the video stream is automatically detected and transmitted to the big screen.

The application interface, including comments and product cards, automatically adjusts, spreading out to the right and left of the central part with the video. When playing a 360° panoramic video, the smartphone automatically turns into a remote control, you can control the position of the camera in the video.

And finally, with Harmony OS, you can hold multi-user conferences with presentations. As Wang Chenglu noted, a smartphone with Harmony OS connected to a TV perfectly solves the standard problems of many video conferencing services, such as instability, fuzziness, lack of recording, and so on.

The top manager noted that 2021 will be the first year of a large-scale launch of Harmony OS At the moment, smart TVs with Harmony OS are being released, and developers are testing Harmony OS 2.0 (in China — Hongmeng OS 2.0) on mobile phones. Wang Chenglu stressed that Harmony OS could be open to third-party developers. The company also plans that new OS will officially appear on Huawei smartphones before the end of the year.