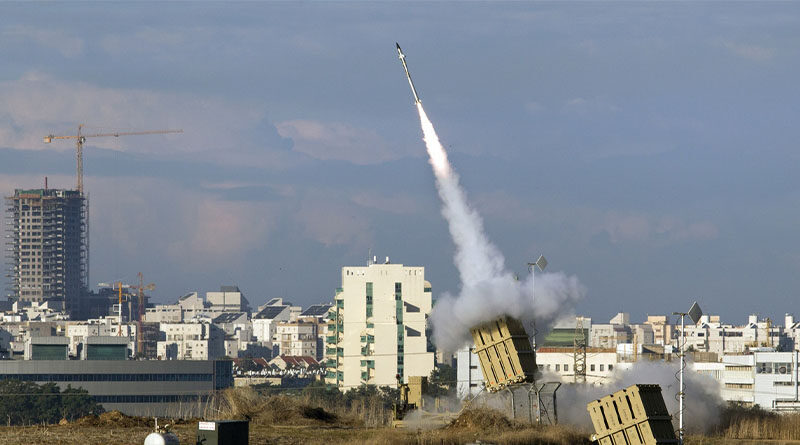 Since the beginning of this week, about 2,000 rockets have been fired towards Israel from the Gaza Strip (according to other sources, about a thousand), hundreds have been intercepted by the Iron Dome system, whose work causes both admiration and fear. Admiration – due to efficiency, fear – because military action, in principle, cannot bring positive experiences. In addition, there is always a chance that the Iron Dome will miss its target.

The active phase of the development of the Iron Dome began in 2006, after about four years it began to be put into operation. The creation and deployment of the system would hardly have happened without the participation of the United States, for which Israel has become the largest recipient of financial assistance since the end of World War II – only about $125 billion (now this figure may be higher). A total of more than $1.3 billion was allocated for the Iron Dome alone (sources also cite the amount of $1.5 billion).

Development of the Iron Dome

The development of the system was carried out by local specialists from the companies Rafael Advanced Defense Systems and Israel Aerospace Industries with the support of the United States, the technical documentation of the finished “Dome” began to come to the Americans only in 2014. At the same time, Israel provided the first contract to the American company Raytheon, which then supplied the first “Tamirs” used to this day.

Now the Iron Dome includes ten batteries (five more are in the plans, at least three more are required to protect the entire country), each of them includes a radar, a control center and three installations for 20 missiles each. One battery provides protection for an area of ​​150 square kilometers, however, to improve efficiency, they are installed in close proximity to objects of protection and densely populated areas.

How effective is it?

The effectiveness of the “Iron Dome” is estimated at 85-90%, but much depends on the intensity of the shelling and the weapons used by the enemy (this was pointed out by experts who were skeptical about the announced figures). In addition, in the first year after the deployment of the Iron Dome, the accuracy was allegedly extremely low – about 5%. However, this information is based on indirect evidence. The system continued to be actively improved, the next upgrade took place in March 2021.

Contrary to misconception, the Iron Dome does not try to shoot down every missile launched from enemy territory: the system analyzes their trajectories, choosing those that are likely to cause damage. Others are ignored or “marked” as less priority: their accuracy is low, and about 10% of those launched do not even leave the territory of the Gaza Strip.

The algorithm looks like this: the radar detects the approach of a launched unguided rocket, and its trajectory is being calculated. Then the data on a potential target is analyzed: it will be a deserted place, a restaurant or a military gathering, for example.

On the basis of the data obtained, the Iron Dome battery evaluates the possibility and necessity of interception, sending for this purpose one or several three-meter Tamir interceptor missiles. The launch is carried out vertically from mobile or stationary installations. When approaching the target by 10 meters, the anti-missile warhead detonates, moving at a speed 2.5 times the speed of sound, and equipped with an electro-optical sensor. Shrapnel destroys the attacking missile.

Warning time for projectiles from the Gaza Strip

Since the deployment of the Iron Dome, only the software has changed, other components have remained unchanged. Fun fact (so to speak about weapons): the prototype of the Iron Dome launchers was a toy from Toys R Us. Due to the high pace of work and budget constraints, some components were borrowed from a toy rocket truck that the engineer bought for his son, according to one of the system’s leading developers.

The system was developed so that almost anyone could cope with the launcher: it would succumb to a woman with a height of 160 centimeters and a weight of 48 kilograms. Of course, the working conditions were also foreseen: the “Iron Dome” functions in rain, heavy rain, fog, during dust storms, during the day, at night, and so on.

How much does one launch from an iron dome cost?

The cost of one launch of the “Iron Dome” batteries is many times higher than the prices for launching attacking missiles (according to unofficial data, one launch costs $100 thousand, but the information varies, the figure of $50 thousand is also mentioned), one battery is estimated at $50 million and more. up to $170 million (there is no confirmed information in the public domain).

In some cases, more than one interceptor missile is required to intercept enemy missiles, further increasing costs. And according to rough estimates, the terrorist groups Hamas and the Palestinian Islamic Jihad, which are firing at Israel, have tens of thousands of rockets at their disposal. They are brought in by smugglers, some are produced by specialists living in the Gaza Strip.

However, the “economic inexpediency” is covered by a number of factors. The defense system plays a psychological role in providing a sense of relative safety. In addition, the economic losses in the event of the death of Israelis and the destruction of infrastructure will be higher than allocated to the maintenance of the Iron Dome.

Also, the attackers will be frustrated: after all, attacks do not bring the expected result. This, in turn, leads to a decrease in the effectiveness of their propaganda. And finally, the deployment of the system made it possible to abandon the sending of soldiers to suppress the fire, thereby reducing the level of the number of casualties.

What are the disadvantages of an iron dome?

The disadvantages of the system, some experts attribute the fact that with a large number of volleys from the enemy, the “Iron Dome” may not cope with all targets. In addition, the effectiveness of the system is likely to be lower against guided missiles, but such Israeli cities were not attacked. Officials have stated several times: the enemy does not use “smart” weapons, so he will not be able to “overload” the “Iron Dome”. Another nuance is the limited radius of action, which, however, they want to increase.

The government is also accused of wanting to spend money on the “Dome”, leaving aside other types of protection – in some cases, it is impossible to get to the nearest shelter because of the incessant fire. “We can only hope for the Iron Dome and good luck,” said one of the residents of Ashkelon.

At the dawn of the formation of the Iron Dome, they saw it as a latent threat, but abroad: in 2013, a campaign called “Stop the killer robots” was launched in London, and the Israeli missile defense system was also targeted by activists. Over time, apparently, the “Iron Dome” proved that it did not plan to become a fully autonomous “killer robot”, and its mention on the organization’s website did not appear again.

Often in the shadow of the Iron Dome are other Israel’s missile defense systems: at least David’s Sling, designed to intercept medium-range ballistic missiles and large-caliber unguided missiles, as well as the Strela (Hetz) anti-missile system.

In addition, relatively recently, the Israeli missile defense system began to include the “Iron Beam” system – laser “cannons” capable of guiding and destroying short-range objects (missiles, mines, artillery shells) that are inaccessible to the “Iron Dome”, including launch at a close distance from the Kupola installations. Other components are under development to improve the efficiency of the automated Dome.

Is the Iron Dome running at its limit?

Meanwhile, the conflict between Israel and Palestine continues. The day before, the command of the Israeli army announced the call-up of 7 thousand people for the anti-terrorist operation “Guardian of the Walls”. In response to attacks from the Gaza Strip, Israel has launched missile strikes and deployed Air Force forces. The press also began to appear information that the “Iron Dome” is working at the limit of its capabilities, but it is still coping with its tasks, and the head of state assures: soon the situation will be taken under control.