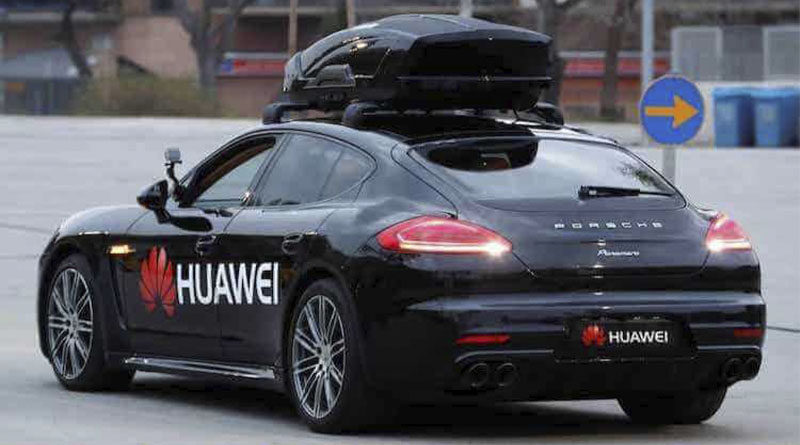 Recently, Huawei has rarely given a reason to talk about itself. But today there were already two of them. The first one you can find on our website, and the second one is that the company is investing more than a billion dollars in development in the field of autonomous driving of electric cars. One could pass by this news, but it is more than attractive from the point of view of the further state of affairs and the rearrangement of the company on a new track. In some way, you can even speculate on how the company itself will abandon the production of smartphones and start doing something significantly more serious and profitable. And at the same time it will change the world of interaction with gadgets. But this is only speculation for the future, but for now, let’s see what’s with the autopilot and the billion dollars.

What will happen to Huawei

The sanctions imposed by the United States on Huawei have a serious impact on its activities and have already led to the fact that the company fell out of the top five world leaders in smartphone sales. Although before that it steadily ranked second and from time to time shifted from the first Samsung with all its might.

The most serious blow was the ban on the production of its own high-tech chips and the purchase of those from other manufacturers that use American technologies in their production. Simply put, all component manufacturers.

Although the company is trying to make smartphones, in particular, with the release of the Huawei Mate 40 Pro (review) and the preparation of the Huawei P50, this direction is slowly fading. There are also accessories and computers, but you won’t get a lot of fat on this and you have to come up with something else. This “something else” seems to be electric cars.

What Huawei is developing

Against the background of the general interest of society and IT giants in such a direction, as well as a still relatively free niche, the choice of direction seems very logical. Huawei is now looking to confront Tesla, no matter how daunting it might seem. Even leaving aside the “number one” in the world of electric vehicles, Huawei is left with simpler companies to compete. Among them, Xiaomi, which a couple of weeks ago officially confirmed that it is developing in this direction, and Apple, which has not yet commented on anything, but, according to rumors, has been developing Apple Car since 2014.

It is worth clarifying something here. Huawei itself explained that it does not plan to engage in full-fledged car production and thinks only about developing technologies for other automakers. If you think about it, then this is an even more serious direction than the production of several of its car models, which will be sold only in China. By selling its software to other manufacturers, the company could gain a huge market share, becoming something like Google with its Android for the electric car world. But it will offer Harmony OS.

Where will Harmony OS be installed?

There was a lot of information that Harmony OS is Android under a new sauce and, in general, it is more of a fake than real development, but investing a billion cannot be just a distraction and speaks of the company’s seriousness.

If Huawei succeeds, then the deductions can be simply huge, and the chips, Android and the rest of what it has now been deprived of by sanctions will simply not be necessary. The company can become just a software company and deal only with unmanned systems. This is really going to be a turnaround.

Huawei’s autonomous driving technology has already surpassed Tesla in some technological aspects. For example, the company’s cars have driven more than 1,000 kilometers in a row without human intervention.

“The smart car division receives one of the largest investments from Huawei. This year, we are investing more than $ 1 billion in the development of automotive components. China produces 30 million cars every year,and that number is growing. Even if we do not enter the market outside of China, if we can earn an average of 10,000 yuan (approximately 115,000 rubles or $ 1,500) from each car sold in China, this is already a very big business for Huawei” – said Eric Xu, commenting on what is happening.

Huawei has already released smart car connectivity products. Even the company’s infotainment and entertainment technologies can already be found in Mercedes-Benz sedans. The company has also teamed up with companies such as BAIC BluePark New Energy Technology Co. to develop intelligent car systems and the first model in the partnership, the Arcfox αS HBT, which will be showcased at Auto Shanghai.

Why Huawei needs an electric car

It only remains to add that only in China, sales of electric vehicles grew by 50% over the year. There is also clear growth around the world, and this suggests that the company may have a great future, albeit not in the direction that we thought about earlier. Maybe we really started to turn away from Huawei early?