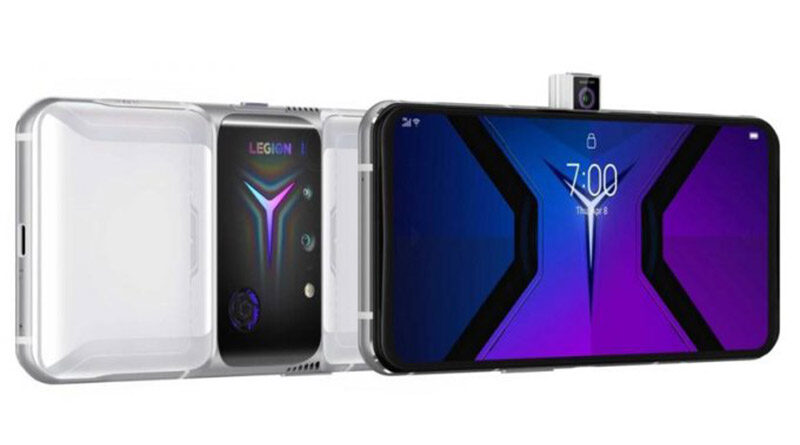 The market for mobile gaming smartphones has been replenished with another device – Lenovo Legion 2 Pro. The new smartphone under the Legion brand features a multi-component active cooling system, a large AMOLED screen, a flagship processor and support for fast charging technology. The main competitors of the new gaming smartphone are the Xiaomi Black Shark 4 Pro, Nubia Red Magic 6 Pro and ASUS ROG Phone 5.

Fans with a blade diameter of 29mm, generate noise at a level of 24.7dB, which is equivalent to a human whisper at a distance of about a meter. Another part of the Lenovo Legion 2 Pro cooling system is the industry’s largest evaporation chamber, with an area of 4,730 square millimeters. Temperature control over the entire surface of the smartphone is carried out by 14 temperature sensors.

The gameplay is provided by the use of four ultrasonic buttons located on the ends of the smartphone and two touch pads placed on the back surface. The layout of the Legion 2 Pro’s controls and cameras indicates that the device was designed to be used in a horizontal orientation.

The large 6.92-inch AMOLED screen of the Lenovo Legion 2 Pro has no cutouts, “eyebrows” or holes, which provides additional comfort when working with gaming applications. The Samsung E4 display matrix supports a 144Hz refresh rate and has a 720HZ response rate. At the same time, the developers promise a resolution of 2460×1080, support for the HDR10+ standard, coverage of the DCI-P3 color space-111.1%, peak brightness of 1300cd/m2 and support for DC Dimmig.

A large battery with a capacity of 5500/ mAh, provides autonomous operation of the Legion 2 Pro and supports 90W fast charging technology. On the back of the device there is a spectacular RGB backlight. The latest cooling system and increased battery capacity have led to an increase in the size and weight of the smartphone. So the thickness of the device will be 10.32mm, and the weight-262 grams.