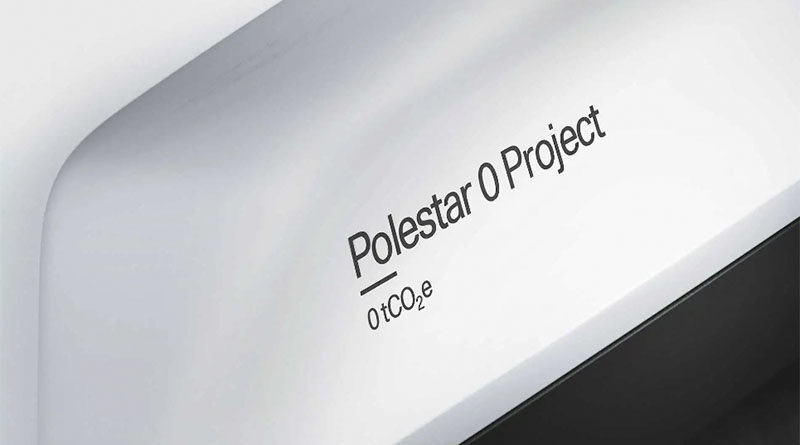 Polestar intends to create a car, the production of which will not contribute to the increase in the level of carbon dioxide in the atmosphere

Polestar, which was once Volvo’s court tuning studio and is now a Geely-led Swedish-Chinese electric vehicle manufacturer, has announced the launch of its 0 Project. His goal is to create an electric vehicle by the end of the decade that will be 100% clean.

We are talking about the so-called “carbon footprint”. When fossil fuels are burned, carbon dioxide is released into the atmosphere, the share of which increases, which leads to an increase in the greenhouse effect and global warming. At the same time, if you burn fuel of plant origin, then only the carbon dioxide that was previously absorbed during the growth of the plant is released into the atmosphere, so its share does not increase. Simply put, the carbon footprint from burning wood is zero, and from burning petroleum products is significant.

The electric car itself does not leave a carbon footprint. However, the question arises as to where the electricity comes from. If from thermal power plants, then they consume all the same fossil fuels, although the harm from them, due to their greater efficiency, is significantly lower than from gasoline cars.

The creators of Polestar, however, are more concerned about the amount of carbon dioxide that is released when getting the energy needed to make the machine. So, the company calculated that only the production of one Polestar 2 electric car leads to the emission of 26 tons of carbon dioxide into the atmosphere, compared to 14 tons, which are spent on the production of a gasoline Volvo XC40. Thus, the harm from an electric car at the start of operation is higher than from a gasoline car, and these indicators are balanced only by a run of 50 thousand kilometers, after which the electric car pollutes the air to a much lesser extent.

How exactly it is planned to implement 0 Project in Polestar has not yet been specified.