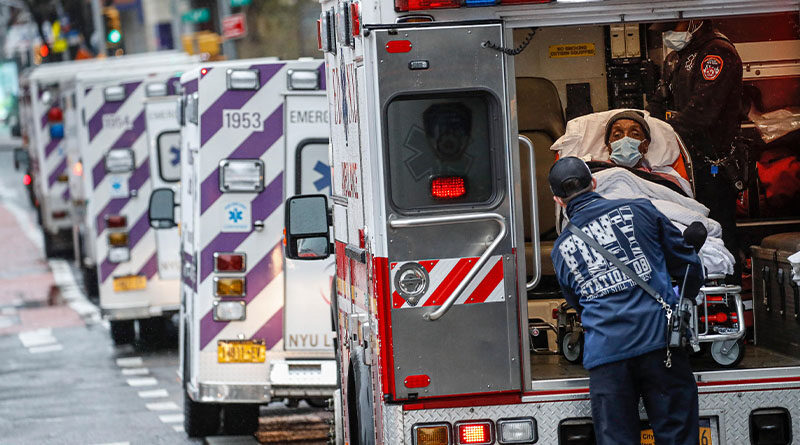 How is the situation with vaccination and treatment of coronavirus infection?

So far, only one real and obvious result has been achieved in the fight against coronavirus: people and economies around the world are deadly tired of restrictive anti-epidemic measures. But the biggest mistake now, when the mass vaccination has just begun, would be to think that the pandemic will be over in the coming months and relax. Apparently, its end is postponed until 2022.

As of April 3, 2021, according to official figures, more than 130 million people were infected with the SARS-CoV-2 virus. What does this number really mean? And the fact that these people got sick, went to the doctor, were examined for the presence of RNA of this virus, and the examination gave a positive result. But from sample serological surveys of different populations in different countries, we now know that the real number of people infected with this virus was about 8-10 times more.

It’s just that these people who survived SARS-CoV-2 infection, but were practically not ill (in the jargon, we call them “asymptomatic” for short, although most of them still have some mild symptoms of acute respiratory infections), did not feel so sick that they went to the doctor. So in the world, about 1 billion people actually suffered from this infection. But for collective immunity, this is extremely insufficient: for this, it is necessary that at least 60-70% of the population be immunized. And this can only be achieved quickly by vaccination.

According to the dynamics of daily morbidity in the world, we can see that after a fairly decent decline, a slow increase in morbidity has begun, the reasons for which are diverse. Let’s look at the situation in the countries that are leading in terms of detected morbidity:

In Russia, unfortunately, the decline in morbidity has slowed down. And this can only be linked with the weakening of anti-epidemic measures introduced by some governors. You can understand them: everyone is tired of this. But the number of patients almost never falls!

Now about vaccination. According to official data, as of April 03, about 6 million people were vaccinated in our country with at least one dose. This is about 5% of the population. If vaccination continues at such a pace, less than 30 million Russians will be vaccinated by the end of the year. And this means that we will most likely not stop the epidemic by the end of the year unless decisive measures are taken to increase the production and use of vaccines.

Will new vaccines against mutant viruses be needed?

In all viruses, especially RNA-containing ones, mutations appear during the infection of each specific cell, that is, sets of slightly altered variants, which have substitutions in the nucleotide sequence in the genome. But the overwhelming number of these substitutions are either mutations that are fatal for the virus itself, or the so-called “silent” mutations, that is, those due to which there are no changes in amino acids in the proteins encoded by them. And accordingly, the properties of these proteins do not change. And since the properties of proteins do not change, then this option has no advantages over others and, accordingly, will not surpass other options and will not win them in the breeding race.

But sooner or later mutations appear that give the mutated variant an advantage, and then such a variant wins the breeding race and supplants other variants. In the case of the current coronavirus, they have emerged and entrenched in the UK, South Africa, Brazil and continue to displace old variants in other countries. Laboratories have tested whether vaccines already developed protect against these variants, and have found that they do, albeit to a lesser extent.

Vaccine developers at Pfizer and Moderna have created improved versions of their vaccines just in case, since their technology allows you to do this quickly, tested them on modified strains and proved that such modified vaccines protect against new variants of the virus. So the next versions of their mRNA vaccines are ready. As for the adjusted vaccines using other technologies, our Sputnik also succeeded, and we managed to develop a fast flow technology for its modernization.

Are there drugs against SARS-CoV-2?

In the latest versions of the WHO recommendations, it is still indicated that drugs with proven specific action against COVID-19, which reduce mortality, have not yet been developed.

Remdesivir, an inhibitor of a number of viral RNA-dependent RNA polymerases, approved in the US for the treatment of COVID-19, reduces the duration of illness by 3-4 days, but does not reduce mortality.

In many countries, trials have been carried out on the use of blood plasma from those who have been ill with COVID-19 for the treatment of critically ill patients, and, unfortunately, it has been shown that this does not reduce mortality.

Regeneron and Bamlanivimab, based on cocktails of monoclonal antibodies against the SARS-CoV-2 virus, have received FDA approval for the treatment of critically ill patients. True, these drugs are very expensive.

The efficacy of the well-known drug dexamethasone in the treatment of critically ill patients has been confirmed, because it relieves the cytokine storm syndrome. Also, the regime of patients staying in the prone position is widely used, which helps to do without mechanical ventilation. But mechanical ventilation still has to be used in severe cases, although oxygen masks are increasingly used to support the life of critically ill patients.

Hydroxychloroquine (in Russia – Plaquenil) has been finally and irrevocably removed from the WHO recommendations. Remained in them azithromycin (we have sumamed) for the treatment of associated bacterial infections, but not as an antiviral agent.

Also, in the WHO recommendations, colchicine will most likely be introduced, it has long been widely used in the treatment of gout. According to preliminary results obtained by Canadian scientists, patients taking the drug reduce the likelihood of hospitalization by 25%, the need to connect to ventilators by 50%, and mortality by 44%.

There have been many publications in the media devoted to the use of the antiparasitic drug ivermectin. Ivermectin has been shown to inhibit SARS-CoV-2 replication in cell cultures. However, pharmacokinetic and pharmacodynamic studies indicate that it will take doses up to 100 times higher than those approved for use in humans to reach the blood concentrations required for in vitro antiviral efficacy. Subcutaneous administration of ivermectin at a dose of 400 μg/kg did not affect the viral load of SARS-CoV-2 in hamsters.

Since the last revision of this section of the WHO guidelines, the results of several randomized trials and retrospective cohort studies of ivermectin use in COVID-19 patients have been published in peer-reviewed journals or made available as manuscripts prior to peer review. Some clinical studies have not shown positive effects or exacerbation of the disease after using ivermectin. Other publications reported shorter COVID-19 disease times, shorter virus clearance times, or lower mortality rates in patients treated with ivermectin than in patients treated with comparison drugs or placebo. So while the question of its effectiveness remains open.

There is ample evidence that anticoagulants are effective in the treatment of severe lung injury, but should not be used for mechanical ventilation. Expanded clinical trials are ongoing for the treatment of coronavirus pneumonia. The development of highly specific anti-COVID-19 drugs is a very long process, and so far there has been no progress on this path.

The end is already in sight

The rate of application of vaccines is still far from required: according to estimates by the Bloomberg news agency, a little more than 628 million vaccine doses have been produced in the world as of April 3. And it is necessary, subject to double vaccination, to deliver at least 10 billion doses to ensure 70% vaccination coverage. And in order to achieve this coverage as quickly as possible, it is most advisable to identify those who have recovered with good titers of specific antibodies. In order not to waste vaccines on them. So in the current year, 2021, with the pandemic, most likely, if it is possible to end it, then only in some countries.

But humanity has made great strides forward in terms of the development of the latest vaccine technologies. And already in 2022, we definitely have to defeat this coronavirus. At the same time, this virus will definitely evolve – mainly in patients with immunodeficiencies of all types and types: patients with leukemia, people with transplanted organs and taking immunosuppressants and HIV-infected. So it will be necessary to organize monitoring of such patients in order to track possible persistence (long-term, up to six months of circulation) in them of this virus.

Sergey Netesov, Corresponding Member of the Russian Academy of Sciences, Doctor of Biological Sciences, Professor, Head of the Laboratory of Biotechnology and Virology, Faculty of Natural Sciences, Novosibirsk State University